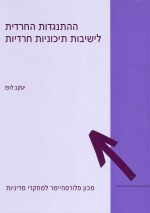 This study pursues the roots of conflict in Haredi society against instituting general studies in Haredi High School Yeshivas. Whereas a silent consent exists for colleges and vocational frameworks which provide such education, the few Yeshivas promoting them are faced with an all-out war. These Yeshivas were established in recent decades to address the growing demand for training ultra-orthodox married men to earn a living, by integrating general education in their religious curriculum. The conflict is associated with ideological justifications, which present the introduction of such studies at this stage in life as prohibited from the very outset. Haredi leadership prefers to present this breach as a new phenomenon, born in Israel, and condemned. Dr. Lupu's study adds historic perspective to the conflict showing that it has plagued Haredi society since its "golden era" of Eastern European Yeshivas even prior to the inception of the State of Israel, and that integrating general studies in the religious curriculum was endorsed by some of the Torah sages in Haredi society.