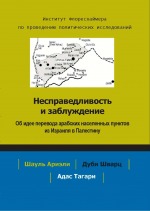 Proposals to cede Arab localities from Israeli to Palestinian sovereignty, presented as "populated land exchanges", involve forcibly revoking the citizenship of tens of thousands of Arabs. Since the October 2000 events these proposals penetrated the heart of public discourse. The Arab leadership and public vehemently oppose these proposals. This study examines the Jewish discourse supporting the idea alongside Arab opposition to it in Israel and the territories as well as its implications on the character of the State of Israel. It examines Israeli and international legal perspectives and demographic and territorial implications. The study emphasizes the danger and folly of this idea and recommends discussing the idea as part of the Arab-Jewish discourse and as part of the status of the Arab minority in a democratic Jewish state.